More Teaching Resources and now for both Apple iOS and Android

We are excited to announce the publishing of the Estonian language Version 5.0. The Wheel area is bigger with more choices of action verbs and activities categorized according to the Blooms Cognitive domain categories in the Bloom’s Taxonomy.

This connection of theory, practice, and application makes the Padagogy Wheel an invaluable resource that should be on the wall of every classroom”.

Use the links below to download the Apple iOS or Android version of the Padagogy Wheel Poster of your choice. 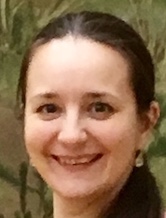 She’s been EduTech in Tallinn Pae Secondary School since 2015, before that she was a teacher of Estonian as foreign language for about 18 years and during her teaching she was using technology to emphasize learning outcomes.

She has shared her experience by giving numerous so called open lessons, where teachers from other schools and countries has got a chance to see how is possible to integrate technology in language teaching

Maia has a Master’s Degree in Educational Technology, also she has a bachelor degree in Estonian language as foreign, She has travelled extensively throughout Europe, thanks to UNESCO ASPNet project and Erasmus+, courses;

She lives and teaches in Tallinn, in the county of Harjumaa; formerly a Estonian language as foreign teacher, she’s now working at school as EduTech. 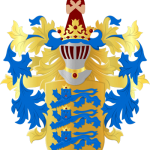 Maia lives in Tallinn (EE),  capital city of Estonia. Tallinn is the fantastic city full of medieval sites, home to famous start-ups  such as Skype and  in the field of History, Technology and of course, a tasty and flavourful cuisine. She is inviting you to come visit her city.

The Beginning of the Estonian Version

In November 1989 our family were living in Hawaii when the Berlin Wall came down and the cold war in Europe began to thaw. I had just been accepted to be part of a Leadership Training School (aka course) at the University of the Nations starting in Jan 1990. As the school start date got coser we heard we might be getting two students from a country emerging from the influence of Communism and soon to be completely independent. When we were told these students were from Estonia .. I confess I had to look it up to find out where exactly it was.

To everyone’s surprise they made it half way around the world and were part of the 3 month school. Thus begun are relationship with these wonderful people ad country. In January 1994 we had the opportunity to visit Tallinn and spend 3 days immersed in a culture that never was communist. I can remember that it was more Scandinavian than I ever imagined. We have unforgettable memories of our time in Estonia, still have friends there and would dearly love to return one day.

So you can imagine how happy we were when Maia contacted us and offered to help translate the Padagogy Wheel Estonian V5. But wait there’s more. We also ask our language champions to blog about it and promote Action Research in their culture. So when Maia told us about her Masters Degree we were thrilled. The scope of her masters thesis and the results of her research will provide strong pedagogical evidence for using technology in education to provide transformative teaching and learning. Please take time to read Maia’s Résumé.

In order to give a better picture of the model based on the design study, as part of a theoretical  analysis, modern pedagogical trends have been presented, such as the BYOD approach, the changed learning approach, the skills of the 21st century, revised Bloom Taxonomy and the SAMR model. In the end, a synthesised approach by the Carrington Padagogy Wheel, which is based on a design study will be presented for the planning and conducting of the study process.

To adjust applications for the usage in Estonian schools, there has been a review of 376 applications in the Russian language versions of the Padagogy Wheel.

This design study provides a set of 5 illustrations and 13 tables, which will help understand the context of this work, illustrate and generalise certain results.

This design research has practical benefits, namely it can help teachers to plan the lessons on the basis of action verbs and the learning activities of the Bloom Revised Taxonomy. During the preparation of the design research, the author has encountered and researched a variety of mobile applications, the Android as well as the Apple, which will facilitate the work of the educational technologist at school.

The perspective of this work in future is that students can deeply reasearch the use of this model on different school stages or higher education and the impact of its use on cognitive results of students. At the same time, Carrington has produced similar to the Padagogy Wheel  model aimed at the development and involvement with special needs in education, which also requires to be translated into Estonian language and tested under Estonian circumstances.

Two Different PDF Files for each Version of the Poster

This is a larger file to the screen size and designed to print the Poster as an A2 or A3 hard copy poster. Suggest it be laminated. http://bit.ly/AppleESTV5Print

This is a larger file to the screen size and designed to print the Poster as an A2 or A3 hard copy poster. Suggest it be laminated. http://bit.ly/AndroidESTV5Print

The Padagogy Wheel poster will be available in at least 30 languages by the end of 2019. Sixteen languages are already published. They are  • English • Spanish • German • Chinese • Norwegian • Swedish •˙Hebrew • Arabic • French • Russian • Italian  • Hindi • Gujarati • Tamil.• Czech • Estonian Added to this, there are four more that will be published in the next three months. They are • Slovenian • Ukrainian • Dutch.• Portuguese. A further four languages are committed to translation as soon as possible.  If you are interested in translating the Padagogy Wheel into your heart language, then please read this Translation Method and get in contact.